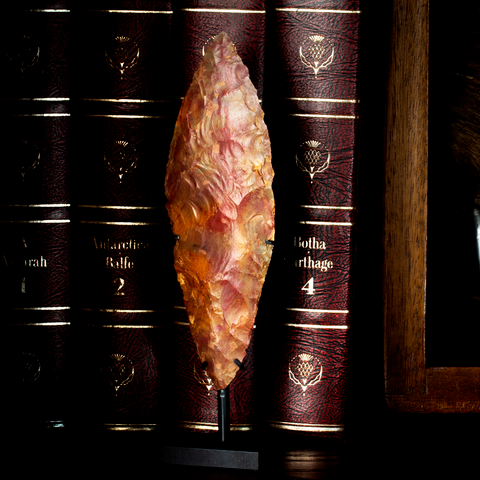 The Neolithic period is the final division of the Stone Age, first seen about 12,000 years ago when the first developments of farming appeared in the Near East. The Neolithic was followed by the Bronze & Iron Ages, which were marked by the development of metallurgy.

Neolithic people were skilled manufacturers of a range of stone tools and ornaments, including projectile points, beads, and statuettes. The identifying characteristic of Neolithic technology is the use of polished or ground stone tools, in contrast to the flaked stone tools used during the Paleolithic era. This stone tool is a fascinating link with our ancestors!