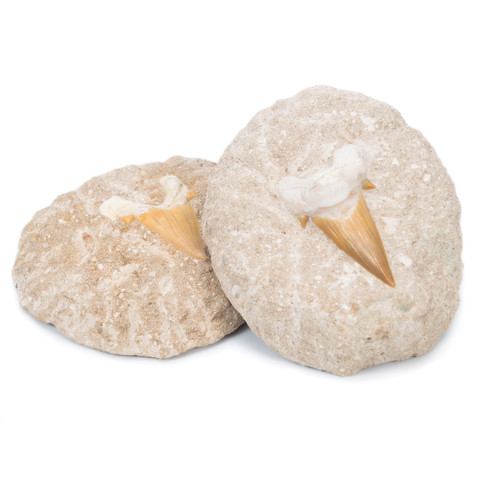 Otodus obliquus is an extinct species of mackerel shark and a cousin of the Megalodon Shark. It lived from the Paleocene (66 million years ago) to the Miocene (5 million years ago) Epochs. It derives its name from the Ancient Greek for "ear-shaped tooth" because of its distinctive shape.

Because sharks are cartilaginous, there are few fossil remains for us to learn from. Otodus obliquus tooth are distinguished from other species by their triangular crown, smooth edges, and the cusps on their roots.