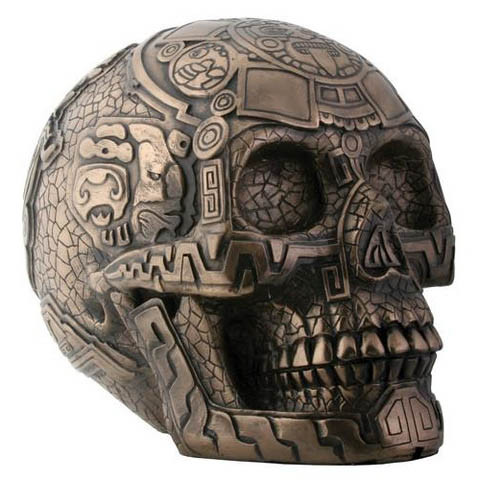 Skulls were powerful symbols in both Spanish and Mexican Aztec culture in the middle Ages. In Aztec culture, like many ancient cultures, the head was believed to be a source of human power and energy. The Aztecs are recorded to have made human sacrifices to the gods, in order to make sure the sun would continue to rise each day. This Aztec skull has the Aztec calendar carved on its head and various other carvings to show its importance to the gods.