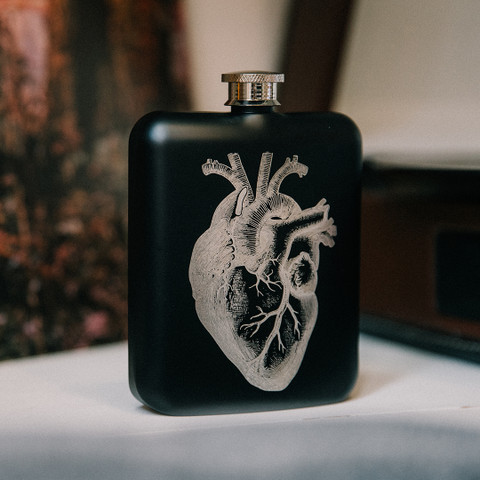 Similar to the wrist watch, the hip flask began to appear in the form it is recognized today in the 18th century, initially used by members of the gentry. However, less compact versions had been in production for several centuries: notably, in the Middle Ages, there are several accounts of gutted fruit being used to store liquor. During the 18th century, women boarding docked British warships would smuggle gin into the ship via makeshift flasks, created from pig's bladders and hidden inside their petticoats!

This Hip Flask is made from black powder coated stainless steel. It can carry 6oz of your favorite beverage and is adorned with a laser etched heart graphic. Includes a no-spill funnel.