There are three types of meteorites: stony, stony-iron, and iron. Over 90% of the meteorites that fall to earth are of the stony kind, meaning that the iron meteorites you’ll find at The Evolution Store are few and far between. In order to identify them, meteorites are named after the place on earth where they were discovered. One thing that all meteorites have in common, though, is their age: they were formed at the same time as the rest of our solar system, 4.6 billion years ago (give or take!). In addition to their location, meteorites are also identified by the year in which their discovery was recorded. Most meteorites fell to earth long before recorded history (such as the Muonionalusta (Sweden), which is believed to have impacted our planet a million years ago), but there are a few witnessed falls (such as the Sikhote-Alin (Russia), which was the largest meteorite impact humans ever recorded, in 1947). There are also some meteorite events, such as the Campo del Cielo (Argentina), that were observed by aboriginal people thousands of years ago, but only officially “discovered” and classified by Western explorers centuries later. Most, if not all, meteorites are believed to have originated in our solar system’s asteroid belt, which is located between the orbits of Mars and Jupiter. The Evolution Store selects its meteorites by identifying those with the most coveted characteristics. For example, some iron meteorites may feature an outer layer of fusion crust, which was formed when the object entered our atmosphere at an incredibly high rate of speed, generating massive amounts of heat, and causing it to partially melt and then harden again after impact. This feature is highly sought after by collectors. Most of the best known meteorite sites have been thoroughly excavated for decades, and high quality meteorites are an increasingly scarce resource. 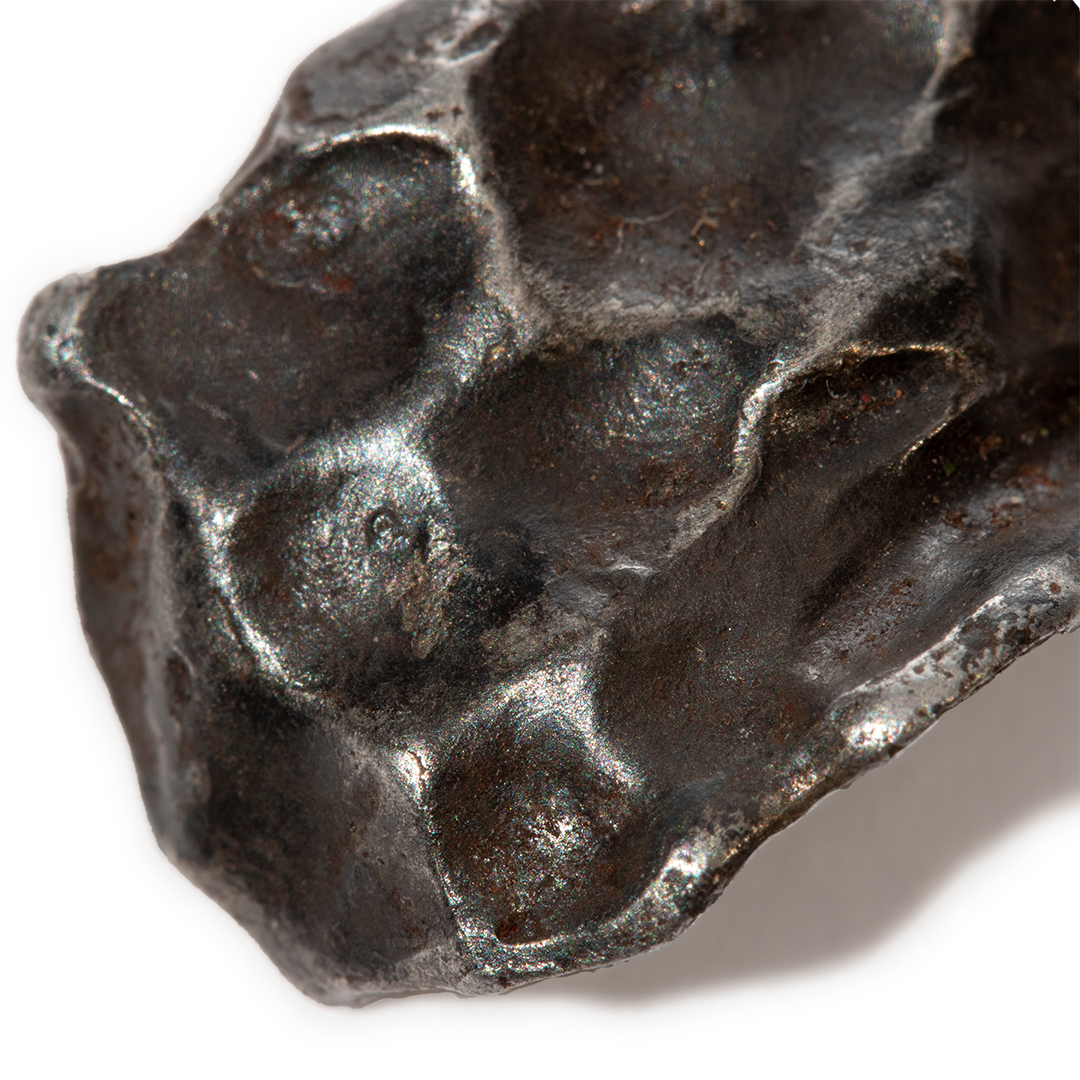 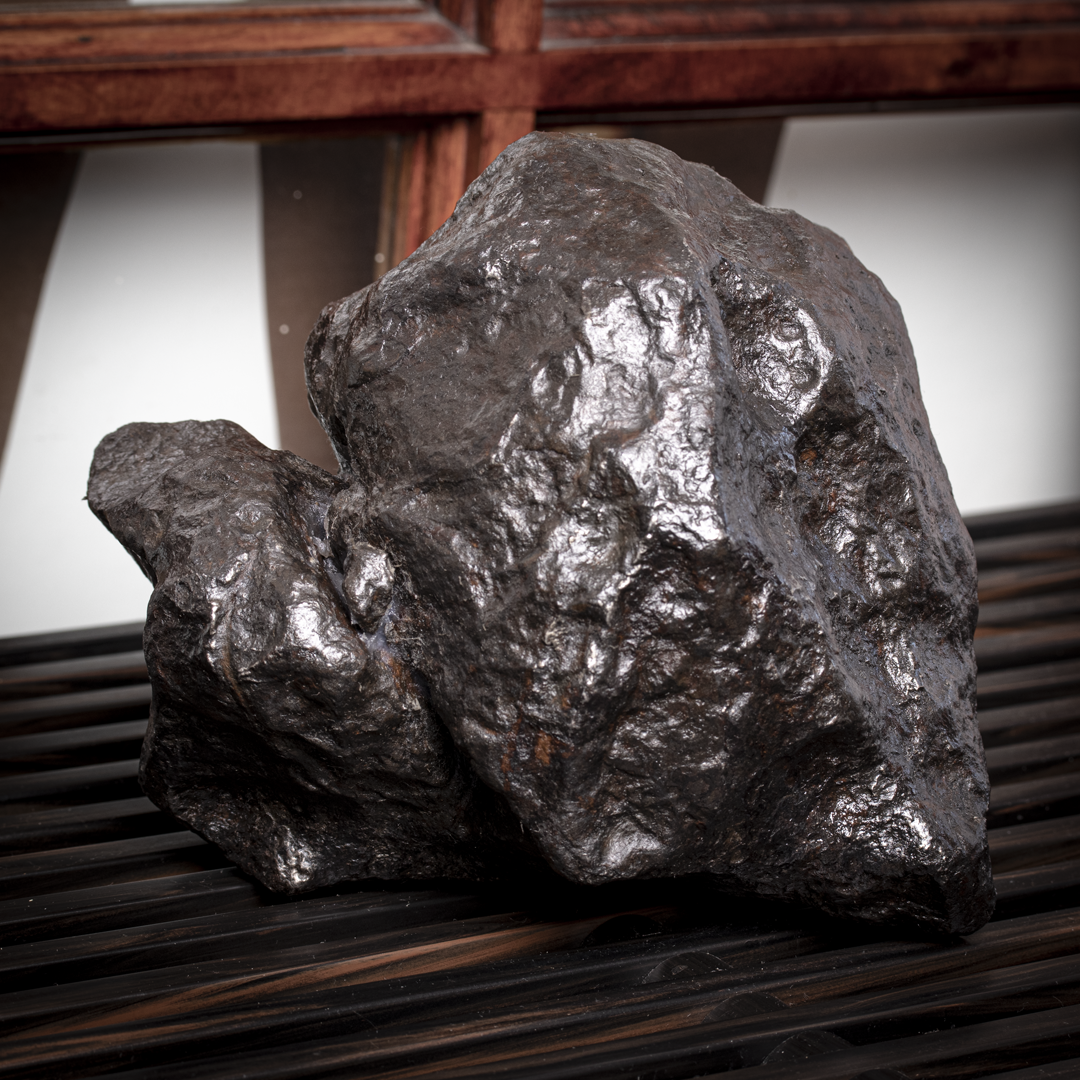 One of the most beautiful types of stony-iron meteorites are pallasites. These meteorites feature out-of-this-world olivine crystals, which formed in the natural cavities within the meteorite. The spectral signature of meteoric olivine confirms its extraterrestrial origins! Thin slices are best displayed using a caliper and back lighting. 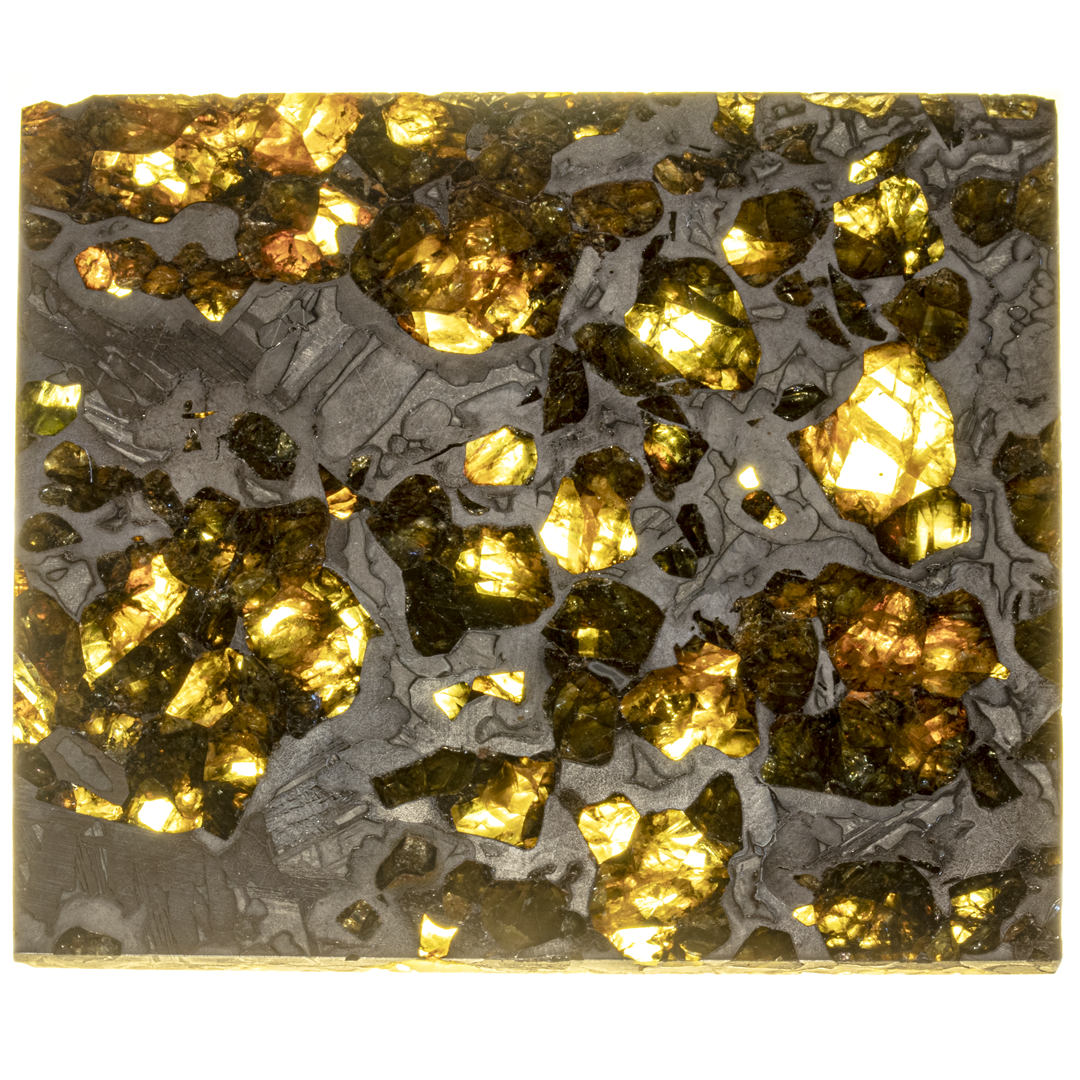 Meteorites are sometimes sliced in order to reveal the unique crystal structure hidden within. Bathing a meteorite slice in a solution of nitric acid allows us to see its incredible Widmanstatten pattern, which can only form within iron cooled over billions of years, which is not possible on an atmospheric celestial body such as earth. The size of the grain of the pattern is related to its rate of cooling. For example, the Muonionalusta (Sweden) cooled slower than the Seymchan (Russia), and its grain is therefore noticeably smaller. The Campo del Cielo (Argentina) will also display this pattern, though it may be hard to identify on smaller pieces, because the grain size can be as large as your thumb. 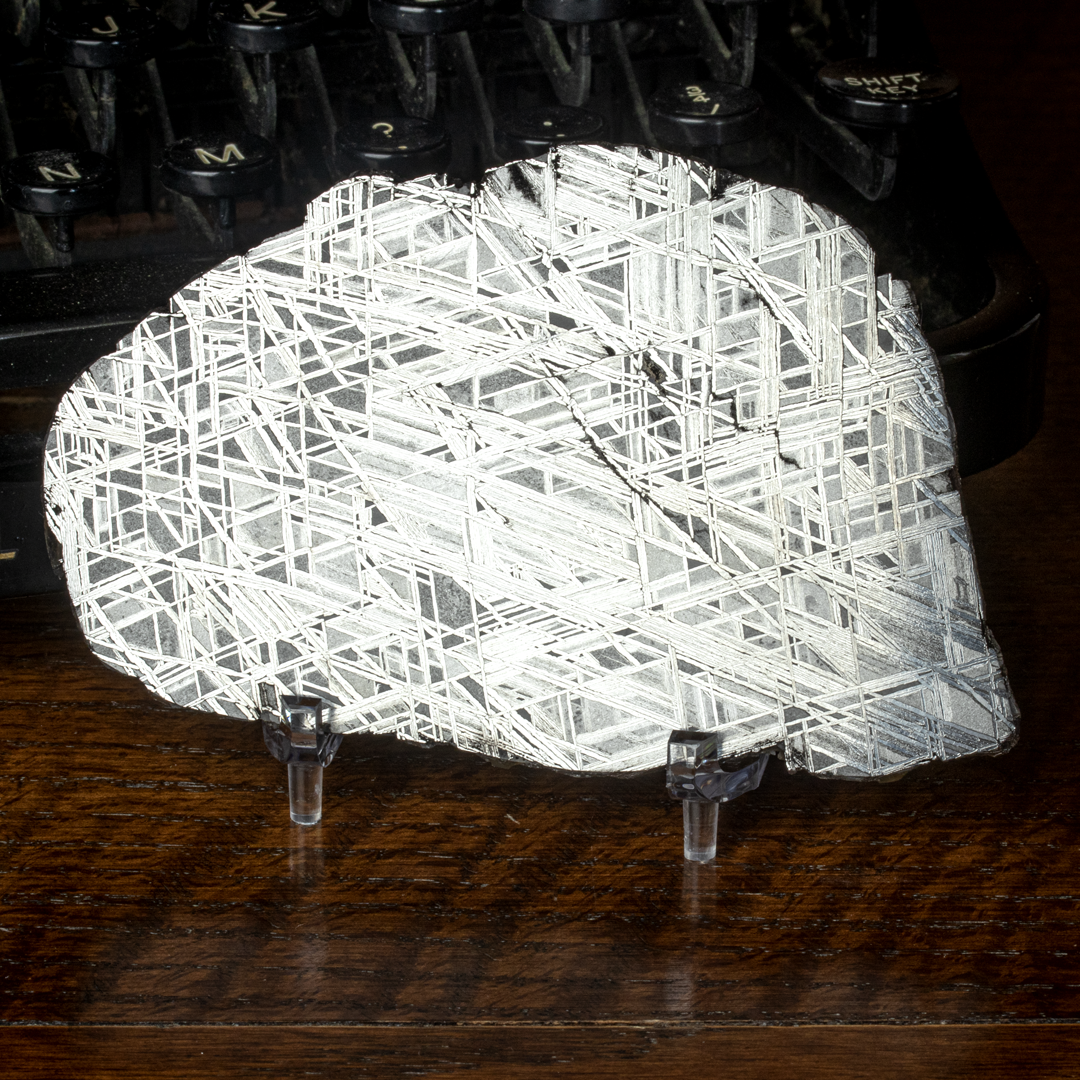 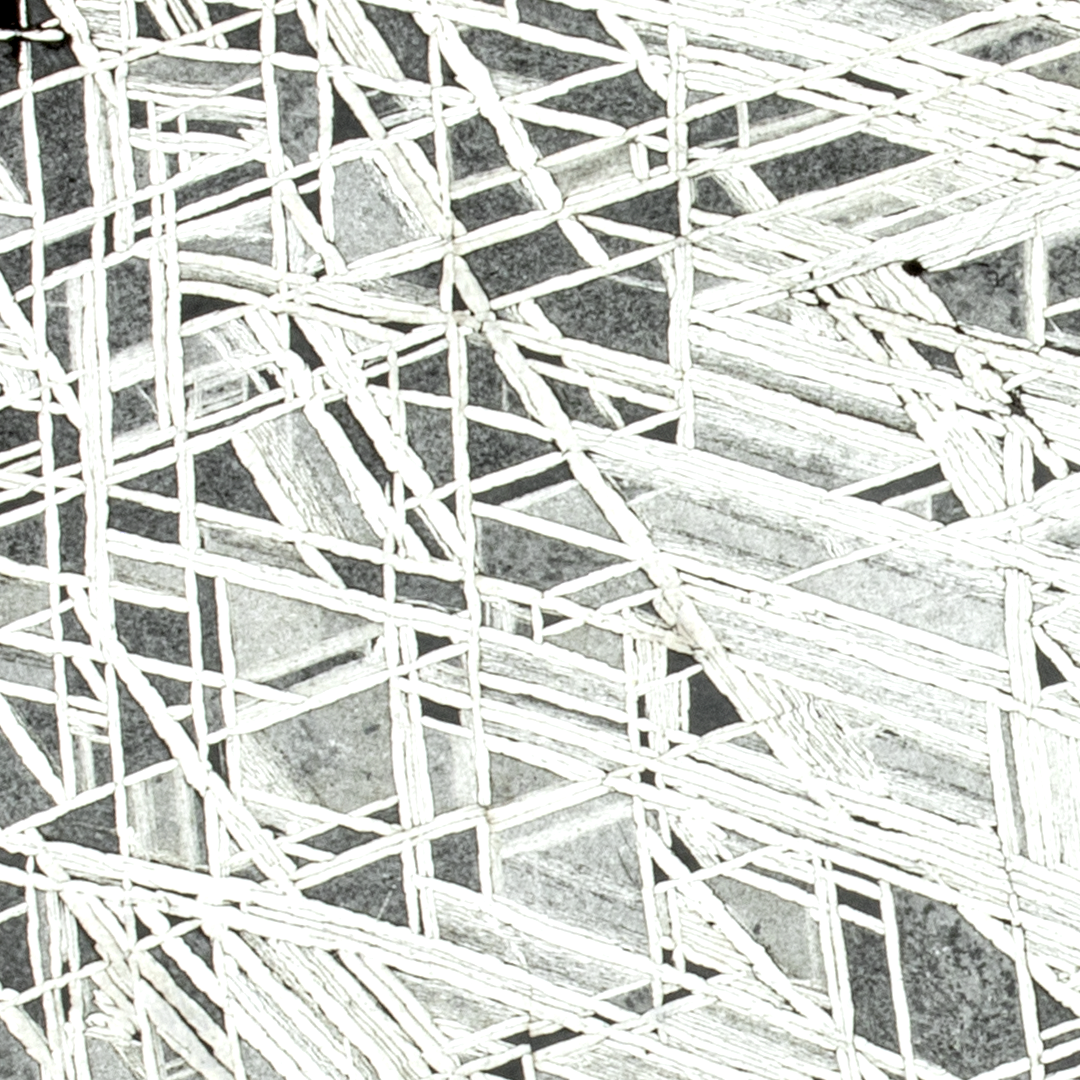 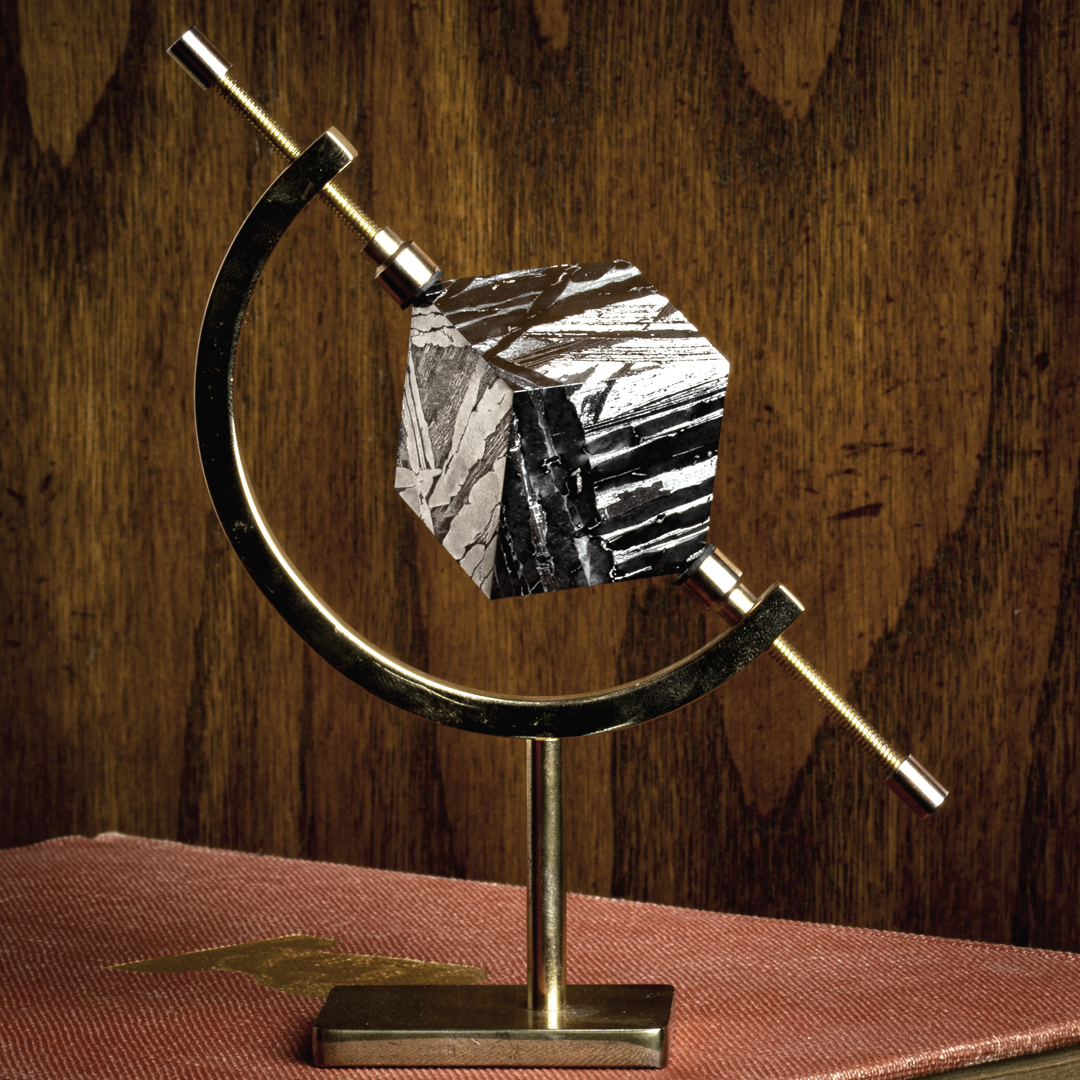 Lunar and Martian meteorites are some of the rarest meteorites in the world. They are actual pieces of the Moon and Mars that broke off (probably because of an asteroid or meteoroid impact) and fell to earth. They are identified by their unique nucleic signature, which can only be formed when an object is exposed to direct cosmic rays. The rocks on earth cannot display these unusual isotopes because of the ray deflecting properties of our magnetosphere. Holding a Lunar or Martian meteorite in your hand is an unbelievable experience.

Meteorite impacts leave behind more than bits and pieces of iron and rock. They generate so much heat when they collide with our planet that it melts the surrounding dirt or sand, which is flung up into the air in liquid form, and solidifies as it falls back to earth. These are known as impactites, and their color and texture will vary depending on the composition of the material the meteorite collided with. Moldavites (Czech Republic), for example, were formed from a sandy soil rich in aluminum, giving them their green, translucent appearance. Libyan Desert Glass (Eastern Sahara), on the other hand, was formed from a sandy soil absent of most impurities, and is a remarkably clear yellow color. Indochinites (Southeast Asia) were formed when a meteorite impacted an area rich in igneous rocks, and therefore bears a striking resemblance to volcanic lava. 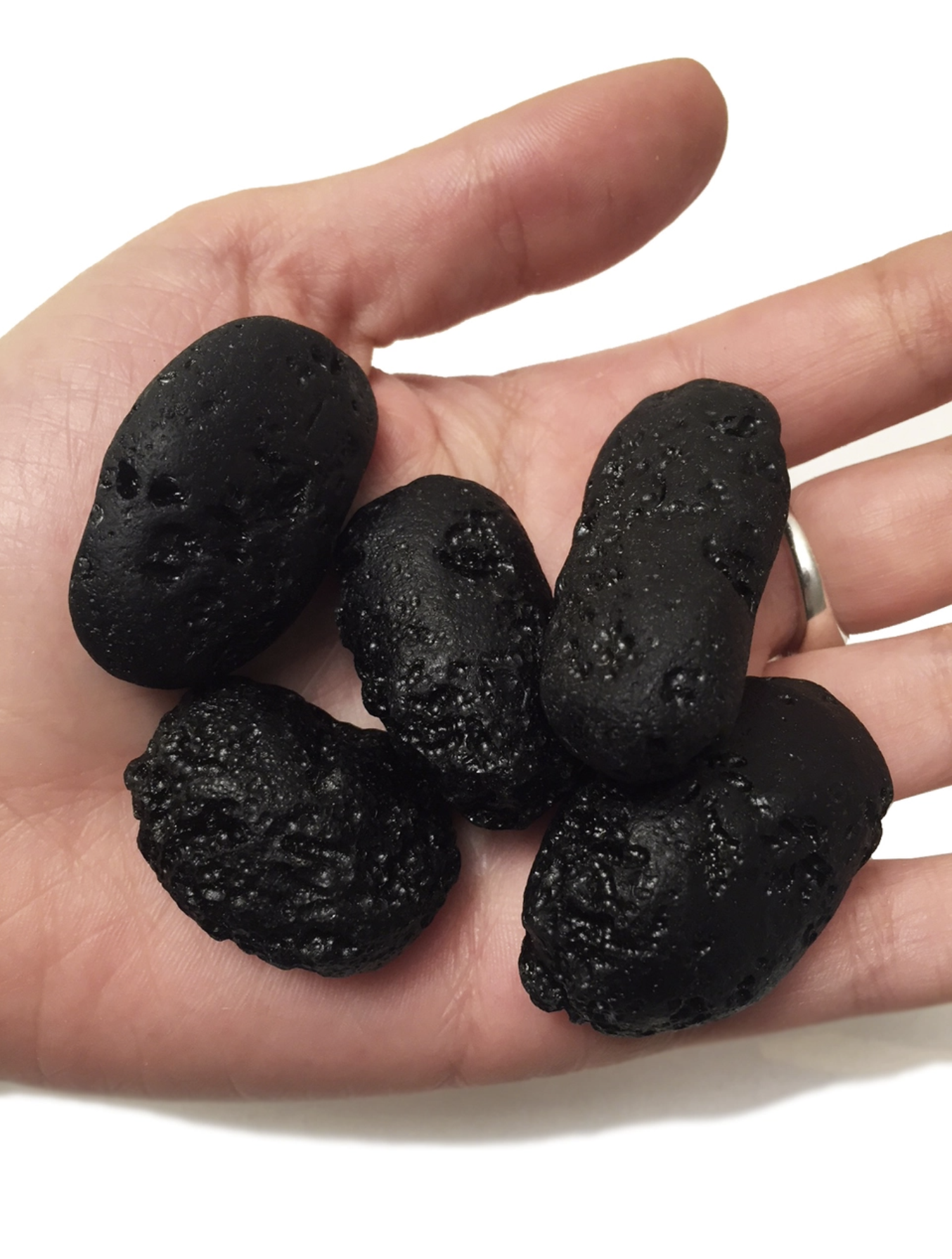 Click here to learn more about how to properly maintain and care for your meteorite!