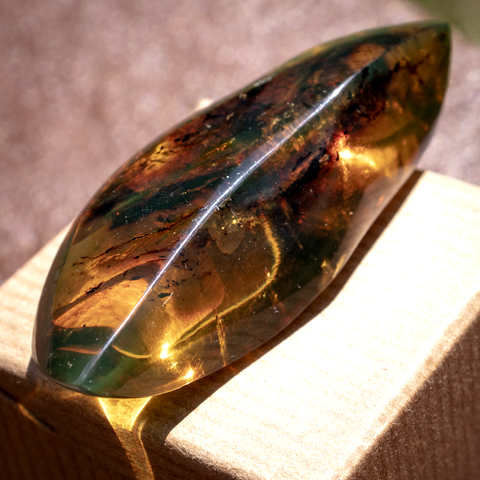 Mexican amber, also known as Chiapas Amber, was formed during the Miocene Epoch. Amber often contains fossilized insects, other arthropods, plants, and fungi, but this specimen doesn't have any identifiable inclusions. Mexican amber is usually found in the Simojovel region.

Mexican amber is one of the primary minerals mined in Chiapas. It is approximately 20 million years old and exceptionally clear compared to amber found in other parts of the world. Since pre-Hispanic times, native peoples have believed amber to have healing and protective qualities.