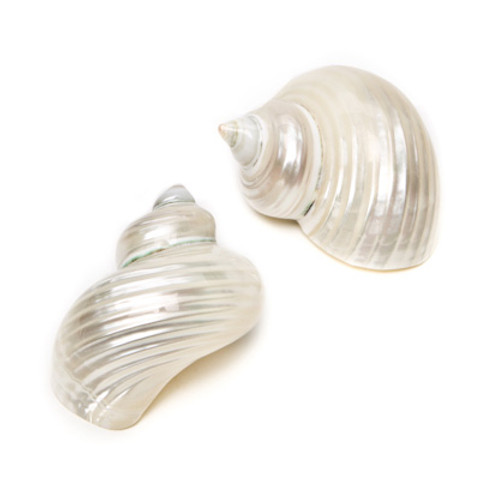 Turbo Argyrostoma is a species of large marine snails that, along with other species within the genus Turbo and the family Turbinidae, is known for relatively thick, conical shells. The genus name Turbo, as well as the family name Turbinidae, both refer to the turbinated shape (Turbo translates from Latin to vortex and tornado; the word turbine itself has a similar derivation). Coincidentally, the snails within Turbinidae are commonly referred to as “turban snails” because their shells resemble the turban, a form of headdress based on cloth winding; turban, however, is not derived from the Latin Turbo. Each turban snail has an operculum, a defensive anatomical feature attached to its foot. Once fully developed, this structure's outline matches the aperture, or opening, of the shell. Strong and thick (similar in composition to the shell), it serves as a trapdoor of sorts that seals off the aperture of the shell when the snail retracts its soft parts into it. Turbo Argyrostoma is known to be found in warmer ocean waters, most notably in the tropical Pacific- and is known to be poisonous when ingested!

Polished and pristine (yet still modest), the Silver Mouth Turban shell makes lovely décor for any and every area of your home or office. Display it with other shells and/or ornaments of different sizes, colors, and textures from The Evolution Store’s wide array for an even more sophisticated, dynamic, and unique look!