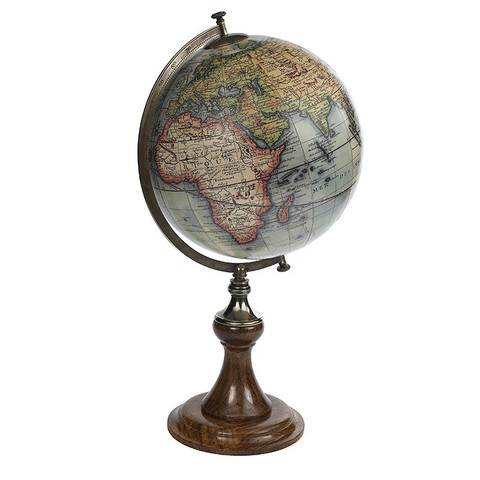 Gilles Robert de Vaugondy and his son, Didier Robert de Vaugondy, were the leading mapmakers of 18th-century France. In 1760 Didier was appointed cartographer to Louis XV. Using cutting edge astronomical science, the Vaugondys created masterful globes for the monarch, including one spanning over eight feet in diameter.

See the world from the perspective of an 18th century cartographer with this desktop version of a historic globe. This replica of a 1745 Vaugondy globe unites science, history, and home decor, all atop a spectacular wooden stand.