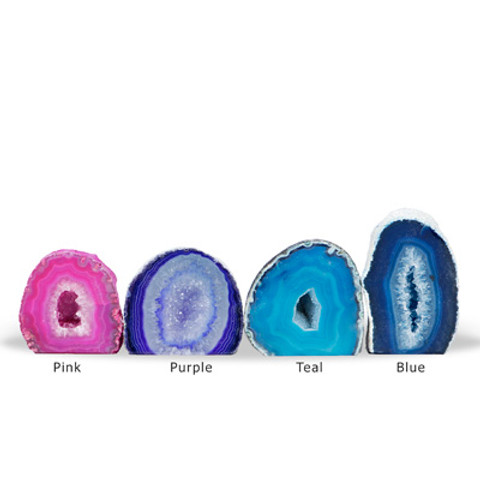 These Brazilian Agate Geodes are fashioned from the highest quality stone with one side cut and polished to display the patterns and crystals found inside. Perfect as decorative ornaments or paperweights, they are available in various colors, and because they are natural agate, each one has a completely unique profile! These agate geodes are fun to collect in every color!

This natural product has been enhanced with artificial dyes.