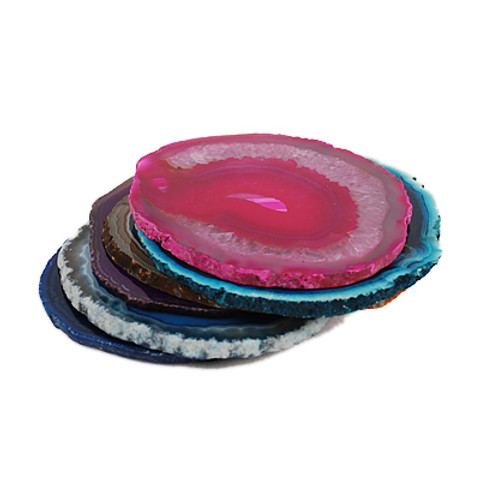 This Brazilian Agate Coaster is fashioned from the highest quality stone and the edges have been left unfinished for a natural look. An Evolution Store favorite, it comes in a variety of vibrant colors, and because it is natural agate, each piece looks completely unique! These coasters are sold individually, but they are also available in a set of six.