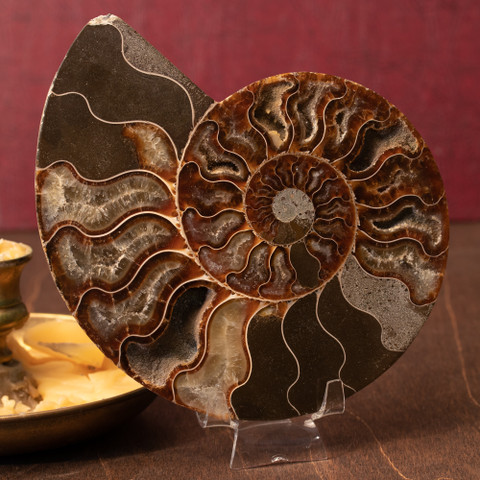 Ammonites from this location are unusually well-preserved, and are often filled with calcite crystals making it possible to polish and cut them in half. The fossilized details of the creatures’ perfectly spiraled shell remain intact. Each one is a beautiful item of home decor and a connection to ancient history.

You will receive an item of comparable quality to the one depicted.