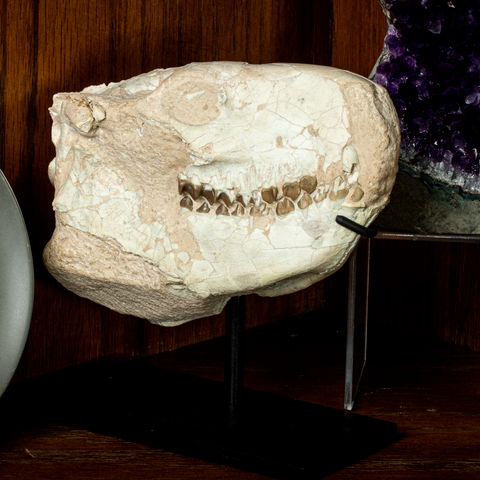 Merycoidodon culbertsoni, an extinct genus of the family known as oreodonts, was a pig-like creature which populated the North American continent during the Paleogene epoch. Its fossils have been found from Alberta, Canada, to Florida, USA. Oreodonts were herbivorous creatures with long tails and cloven hooves. Their fossils are easily identified by their teeth, which feature both molars and large incisors. It is from this attribute that they earn their name, which means “mountain tooth.”

This fossilized skull of an oreodont, an extinct prehistoric creature, was discovered in the Badlands of South Dakota. It includes a custom iron stand.

A Correlated History of Earth