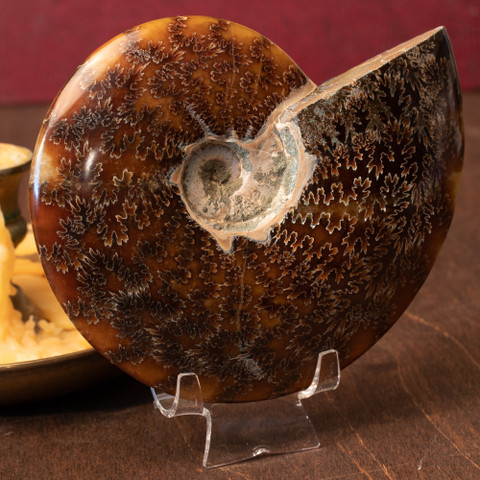 Ammonites from this location are unusually well-preserved, and are often filled with calcite crystals. The fossilized details of the creatures’ perfectly spiraled shell remain intact. Each one is a beautiful item of home decor and a connection to ancient history.

You will receive precisely the item depicted on this page.