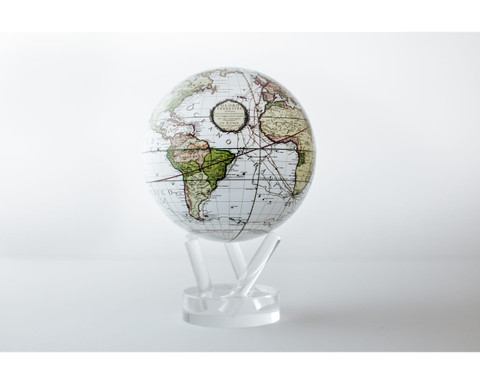 The Cassini Terrestrial White globe combines a vintage map created in 1790 with modern updates that make it unlike any globe you've had before. Every continent and ocean is shown with absolute clarity and contrast, and it features lines showing the three voyages of Captain James Cook–a design element first created in 1790 by Giovanni Maria Cassini. The map also shows the United States which was very young at the time and not included on many maps.

The Age of Exploration Keepsake