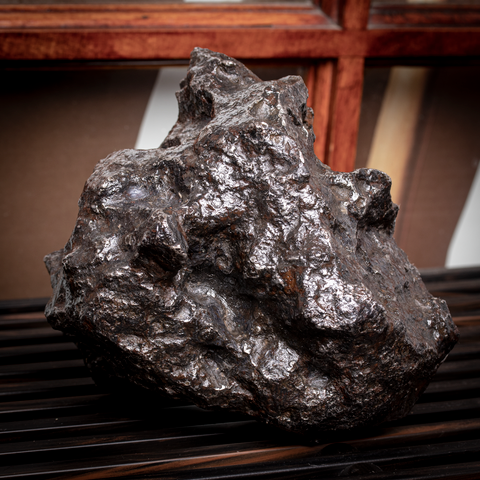 In 1576 a Spanish military expedition came upon what they believed was an iron mine known to the native people of Chaco, Argentina. In actuality, it was an iron meteorite which fell to Earth 4,000 years ago. Scientists believe this meteorite, the Campo del Cielo mass, probably originated within the Asteroid Belt located between Mars and Jupiter some 4.5 billion years ago.

Own a piece of the cosmos with this especially large piece of iron, coarse octahedrite (1A) Campo del Cielo meteorite. Only about 5% of meteorites are iron, and Campo del Cielo material is highly collectable. Striking specimens like this one can be found in museums and private collections worldwide.