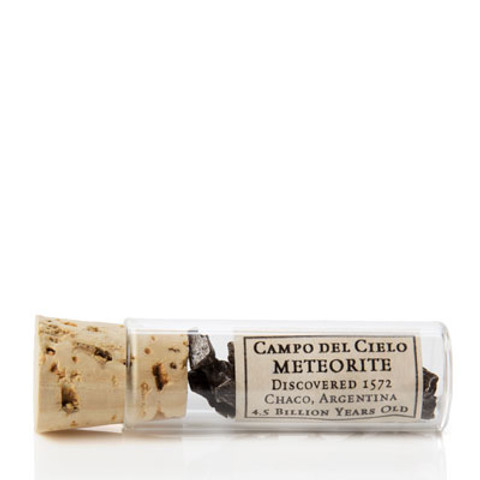 Each small group (of about six to ten pieces) comes in a vial for display. Easily taken out for closer inspection, these genuine rocks from space make fantastic gifts!