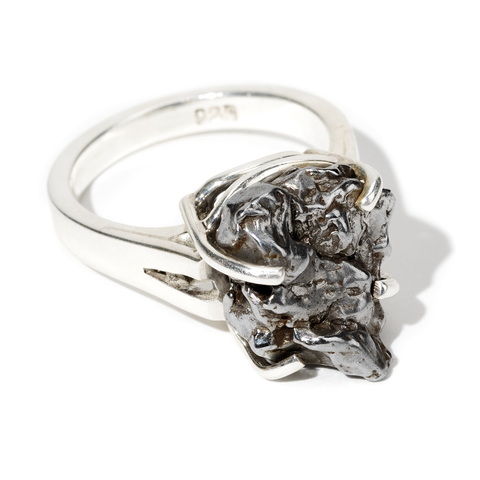 Though it fell to Earth more than 4000 years ago, this meteorite was discovered in 1576 by a Spanish military expedition. Searching for a source of iron known to the natives of what is now Chaco province, Northern Argentina, the soldiers brought back samples from what they thought was an iron mine.

Only about 5% of meteorites are iron, making the Campo del Cielo meteorite highly collectable. Striking specimens may be found in museums and private collections worldwide. Set in 925 sterling silver, this Campo del Cielo ring brings outer space to your fingertips.