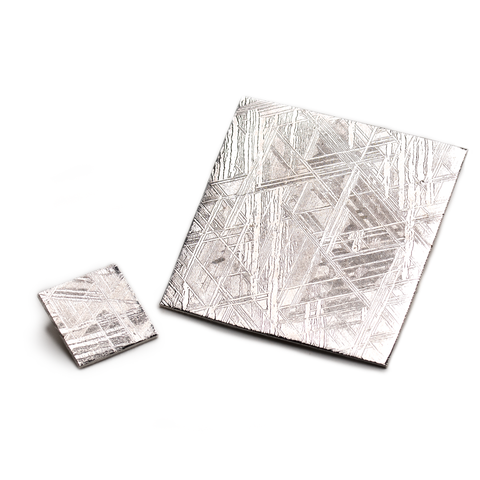 The Muonionalusta meteorite impacted the Earth in northern Scandinavia about one million years BCE. Classified as an octahedrite due to its crystalline formation, the structural appearance and composition of this meteorite is highly unique. The iron-nickel meteorite contains trace elements of several rare elements, including one extremely rare form of quartz called stishovite which has only been found to naturally occur in this meteorite.

These Muonionalusta meteorite slices are a highly collectible piece of astronomical history. The naturally occurring Widmanstätten pattern can only be formed in zero gravity, classifying this piece as truly out of this world. The pattern is brought out in an acid bath, and then pieces are cut down to size.

This is a natural product with natural variations. Your item will resemble the pictured example.