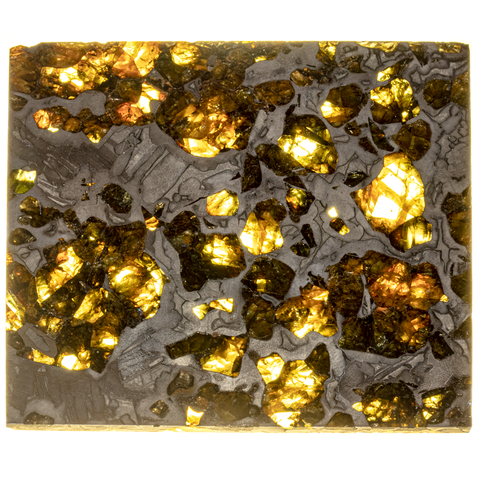 Seymchan is the name of a pallasite meteorite that fell to the earth in Russia in 1967. The largest single piece of this meteorite weighed over 270 kg and was turned over to the Academy of Sciences of the USSR. Seymchan is unique among pallasites because of its unusually high iridium content.

This Seymchan pallasite meteorite contains many beautiful olivine crystals. Pallasites are one of the rarest types of meteorites, with only 61 documented occurrences on the entire planet. Seymchans are one of the most notable pallasites because of the clarity of its crystals.