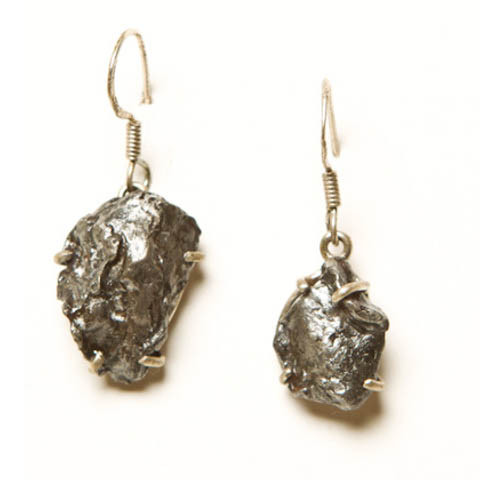 These remarkable little earrings are made of meteorite! Solid nickel-iron crystals of meteorite dangle from sterling silver ear wires.

Only about 5% of meteorites are iron, and the Campo del Cielo material is highly collectible. Striking specimens may be found in museums and private collections worldwide.