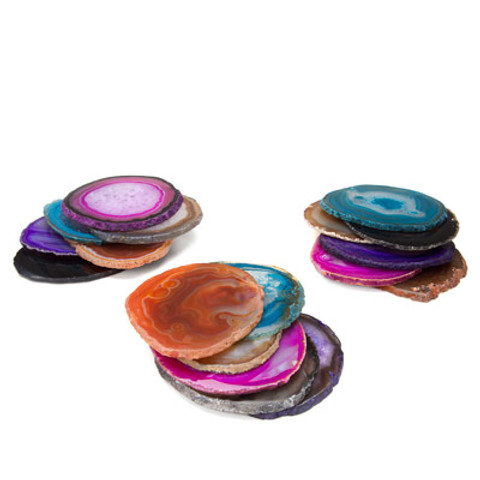 This set of six Brazilian Agate Coasters is fashioned from the highest quality stone with the edges left unfinished for a natural look. An Evolution Store favorite, they come in a variety of vibrant colors, and because they are natural agate, each one is completely unique! These agate slices are an excellent gift idea, either individually, or as an entire set. We have hand-selected sets of nice coasters in all different colors just for you!

Individual shapes and colors vary but your items will resemble the pictured examples.

This natural product has been enhanced with artificial dyes. We recommend soaking these pieces in water for at least 24 hours before placing them on cloth or other stainable surfaces.