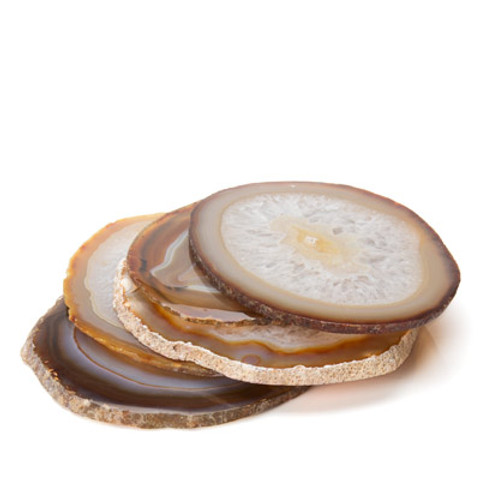 These are select 4-5 inch slices of natural Brazilian Agate in varying tones from black to brown and amber to cool greys. Their patterns are equally varied with rings and swirls - each is as unique as a fingerprint! These translucent pieces have been polished smooth and the edges have been left unfinished for a natural look. They may be used as slightly oversize coasters or small serving plates, and they look great as objects for display!